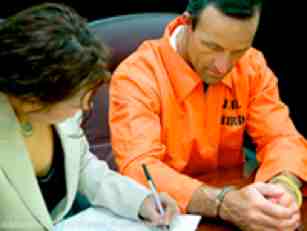 Rights of accused at the trial

(1) In all criminal prosecutions, the accused shall be entitled to the following rights:
(a)To be presumed innocent until the contrary is proved beyond reasonable doubt.
(b)To be informed of the nature and cause of the accusation against him.
(c)To be present and defend in person and by counsel at every stage of the proceedings, from arraignment to promulgation of the judgment. The accused may, however, waive his presence at the trial pursuant to the stipulations set forth in his bail, unless his presence is specifically ordered by the court for purposes of identification. The absence of the accused without any justifiable cause at the trial of which he had notice shall be considered a waiver of his right to be present thereat. When an accused under custody escapes, he shall be deemed to have waived his right to be present on all subsequent trial dates until custody over him is regained. Upon motion, the accused may be allowed to defend himself in person when it sufficiently appears to the court that he can properly protect his rights without the assistance of counsel.
(d) To testify as a witness in his own behalf but subject to cross-examination on matters covered by direct examination. His silence shall not in any manner prejudice him;
(e) To be exempt from being compelled to be a witness against himself.
(f) To confront and cross-examine the witnesses against him at the trial. Either party may utilize as part of its evidence the testimony of a witness who is deceased, out of or cannot with due diligence be found in the Philippines, unavailable, or otherwise unable to testify, given in another case or proceeding, judicial or administrative, involving the same parties and subject matter, the adverse party having the opportunity to cross-examine him.
(g) To have compulsory process issued to secure the attendance of witnesses and production of other evidence in his behalf.
(h) To have speedy, impartial and public trial.
(i) To appeal in all cases allowed and in the manner prescribed by law (Sec. 1).

Rights of persons under Custodial Investigation in the Philippines

VIOLATION OF DOMICILE   (Art. 128 of REVISED PENAL CODE OF THE PHILIPPINES )

Information about Bail in the Philippines